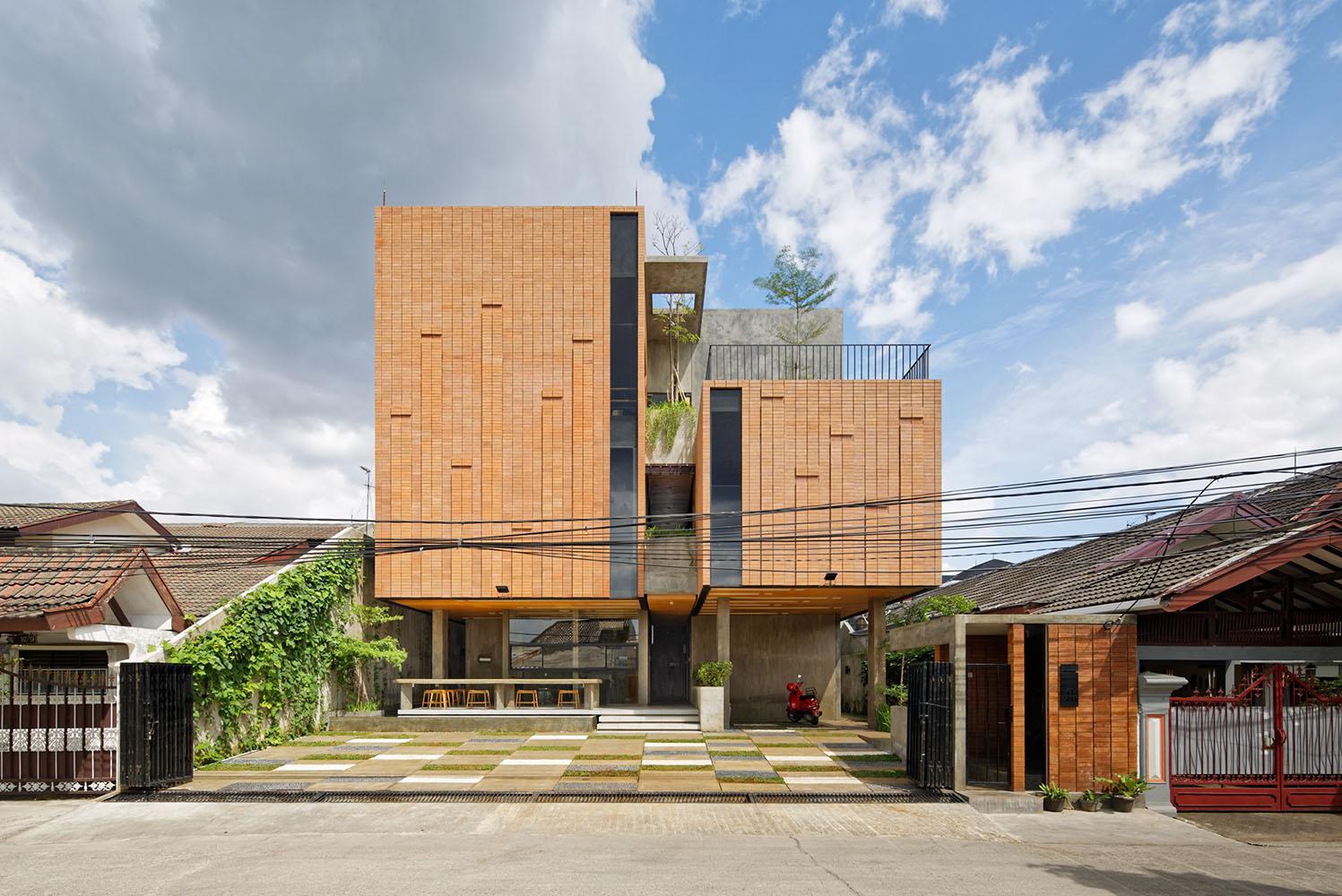 THE EQUALIZER is a metaphorical architectural concept of a rhythm in activity in our lives. Rhythm becomes a key word for Architect in designing building that have 3 main functions that are Production House, Music Studio, and Ballet Studio. The Architect tried to find the red thread from those three activities and finally obtained the rhythm word which is implemented to the Equalizer Shape as a representation of that rhythm. The up-and-down of an equalizer is defined as a rhythm that is not separated from art activities such as film, music, and ballet dance. This shape makes it look like this building has a Rhythm like the activities it carries.

From the existing mass concept, the architect splits the mass into 2 main parts, which is the first mass has a high-up proportion, and second mass has a frontward proportion, it is a symbolic of conductor as hand movement in arranging rhythm, space between the masses is used as an access and become a T-shape corridor that finally create Triple Cross Ventilation effect, where the wind and sun light could in and out from 3 different paths.

The shape of the existing square mass is also adjusted to the typical structure distance resulting in cost efficiency during the construction process. The building is designed Glassless which means minimal glass, because the main activity as Studio Music and Studio Film Production requires the condition of space is impermeable, so the glass will optimize the soundproof system in this building. The facade of this building has a small glass extends, not only as a soundproof optimizer but also serves as a western-sun blocker from the front of this building.

Each floor is given an open communal area as an area of guest interaction, as well as a Gree Area in this building. On the first floor there is a little café  which is completed with a pond as an air cooler into the main corridor of this building. Parking area and Barrier wall were made by greenery element so could make the micro climate in this building is cooler. The walls of the corridors in the building are made from stucco pelondans, so creating a cooler impression on this building.

The metaphor Equalizer concept is applied to various forms of elements in this building, as the main symbol, Fasade is equalized by the outlined brick lights as the element of its affirmation, followed by the form of ceiling lamps, handles, wall decorations, sign space, and ceiling ballet space are to form an equalizer.

Green architecture element is also applied in this building, not only by observing the cross ventilation effect and greenery, the architect also design 85% of the outside 1st Floor area to be a soil recharge area, that implemented in Carport grass and grassblock in the service area, so it becomes a good rainwater percolator.

We are still working on the
content, please come back later.